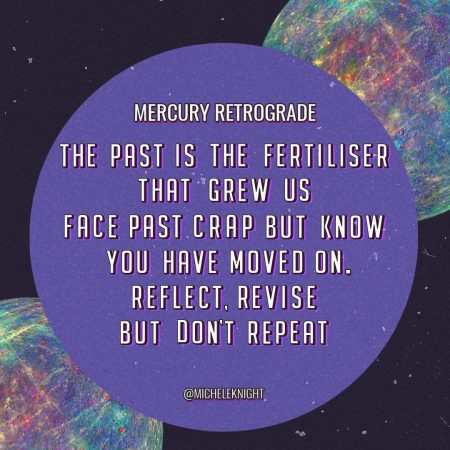 Get ready for mayhem! Yes, we are officially in full Mercury Retro Madness this week as the planet of commerce and communication heads backwards in Leo. There is intense retroactive weather in the sky right now as we have a total of five planets going backwards – Mercury, Jupiter, Saturn, Neptune and Pluto. This will not start to dissipate until August when Mercury and then Jupiter will move forward once more. Practically every astrologer out there will be telling you to take extra precautions if you are travelling during this cycle. Both planets which rule travel are retrograde so if does not matter if you are undertaking a short or long distance journey – the probability of delays, cancellations, breakdowns, strikes or even the weather affecting your journey is increased exponentially. Please confirm all arrangements before heading out. This does not just include your point of departure but at your destination also. You need more than one back-up plan or alternative route in mind.

Take extra precautions if signing important papers or documents. Again, almost every astrologer out there would be handing you the same advice – and this is to avoid contracts of any kind now if you possibly can. I’ll add another caveat just for good measure which is guard your creative ideas. There may be a tendency for others to steal them – or try to steal the rights if you are involved in a creative profession. Get 24 carat legal advice before signing anything if so.

We’ve just recently had an eclipse and I spoke about cover-ups. Please see last week’s general forecast as well as the one for the month of July for more on this. Eclipses conceal but what is hidden in their shadows eventually comes to light. What is revealed or starts to come into focus may not have been hidden within the most recent eclipse – but a previous one. The Sun meets the North Node and opposes Saturn in ruling Capricorn this week pointing to destiny time for people at the top while throwing a spotlight on Neptune in its ruling sign of Pisces. Secrets could come to light as Mars in Leo – the sign of royalty and dynasties squares Uranus in Taurus. Questions around money, payoffs, international cash laundromats, slush funds, tax evasions and banking could reemerge or even ensnare some surprising names. This week says don’t leave home without at least two different plans in place. And keep watching.

In a nutshell: Travel plans could be subject to delays and disruptions. Don’t leave home without an alternative route in mind. Retrograde weather also brings hidden truths out of the closet this week.