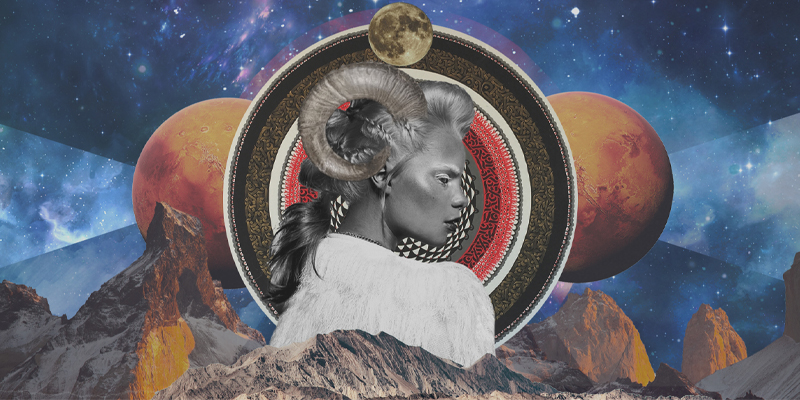 This is the dawning of the Now Age of Aquarius. March sees a major planetary shift occur and the possibility of a new world order for all of us.

Expect ripples of events that began in January to surge and peak, perhaps washing away the kind of mindset we no longer need or even want. It’s a brave new world beckoning for all of us now. And the message is to be open and flexible. Don’t hang on to the way things were. We’ve just all experienced once in 500 year events in the sky. What we are looking at now may look extraordinary but it is also the new normal. Mercury retrograde backs up into Aquarius on the 4th re-igniting the call for change. Within, this adds up to us not clinging to anything that is now out-dated or outmoded. It’s asking us to rise up and embrace a new vision. What’s yours?

Venus is on the move into its ruling sign of Taurus and meets Uranus, Aquarius’s ruling planet in here on the 9th – the same day as a full Moon strikes Virgo. Any shake ups, take downs or upheavals are designed for our ultimate wellbeing. Yes, they may come in disguise due to the Sun and Neptune meeting in Pisces the day before. This may also pull some secrets out of the closet. Especially when it comes to the actions of the higher ups. Watch the ripple effect continue as more revelations come to light – both in the collective and our personal lives as Mercury heads direct from the 10th. Don’t forget it is still in retroshadow but its ability to dredge up the facts out of the depths gets amplified thanks to Mars in Capricorn triggering an expose with Neptune on the 14th. Once Mercury re-enters Pisces on the 16th, expect those secrets and hidden truths to fuel the changes occurring.

Ceres in Aquarius is also establishing a new world order – perhaps one built on power sharing rather than this being the provenance of the few. New deals and commitments could be on the table thanks to a beautiful trine between Juno in Libra and ceres on the 17th. And an opportunity offered by Mars and Jupiter conjunct in Capricorn on the 19th. It has the ground-breaking ability to reform and transform our lives – or see us fall into a past trap of bad choices as Mars and Pluto meet in Capricorn on the 23rd. Which will it be for you? Empowerment or fear?

The Sun enters Aries on the 20th and its time to look at how we want to see seen or the actions we need to take to be a part of this fabulous new beginning. The Now Age officially begins on the 22nd when Saturn, the ancient ruler of Aquarius finally arrives in here for the first time in almost 30 years. This is all about a new kind of establishment and authoring a radically different future for ourselves and the planet.

It’s a time to do and act in outrageously new ways. To step into self-assured empowerment, ownership of our paths and soul freedom. What can you do to create a whole new world either within or within your own little part of the universe? How will you act and what can you do? Above all, who will you be if you do this? Action is character so what do yours say about you? This month’s new Moon in Aries on the 24th favours bold, brave untried methods when it comes to new beginnings and the actions we take as it falls conjunct Chiron. The Sun meets Chiron in here the following day. Initiate that dream or vision now.

Ground-breaking opportunities could be on offer as a result of the meeting between Jupiter and Pluto in Capricorn on the 30th which is the same day as Mercury’s retroshadow period ends. This day also sees Mars join Saturn in Aquarius acting as cosmic engine and kick-starter for all those future visions and plans as the two meet on the 31st. It’s a new day and the dawn of a new era. And it’s all about what we individually, choose to make of it this March.

In a nutshell: Author yourself a different kind of future. Visionaries like you are needed! It’s all about a new kind of empowerment as Saturn’s entry into Aquarius this month marks the start of the Now Age.