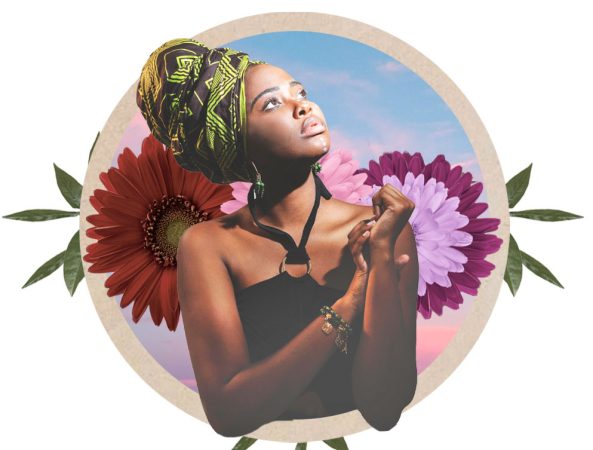 By our astrologer and psychic, Elena

Once a year or so, usually around a retrograde funnily enough, NASA wades in on the old astrology vs. astronomy debate. Just like we can all agree the planets orbit around the Sun, this argument just seems to return again and again. Same old space dust, different rocket.

The Sheldon Coopers at NASA love to debunk astrology. And what’s wrong with that? We astrologers love a good debate.  And we’re not threatened by new ideas either. In fact, whenever a new planet is discovered we’re right there with you guys, jumping up and down with excitement! Our universe just got bigger. Our understanding just expanded.

So, seeing as we’re on the same page about so much stuff, let’s look at what NASA says and where opinions differ. And in true scientific fashion – examine the facts.

Ever since we crawled out of the primal soup, we’ve looked up at the stars. People noticed that while most of them stayed the same, others moved. So, we understood the difference between the constellations and the planets. We could observe the planets as far as Saturn with the naked eye.

Science is in fact, observation and then testing. NASA would agree with that. What people noticed was that when certain planets moved through specific constellations in the sky, this coincided with the same events occurring down here.

So, we knew that when red planet Mars was moving through Aries say, we were likely to have an argument with the tribe that lived over the hill. And when Jupiter was in another area of the sky, things would go very well. This would happen so many times it could not be a coincidence. Thus, astrology was born. Through thousands of years of testing and observation. That’s simply good science.

NASA hasn’t actually changed the signs of the zodiac despite the headlines you might have been reading. No, you are not having an astro-identity crisis. And no, anyone born between the dates of November 29 and December 17 didn’t stop being a Sagittarian and become an Ophiuchus instead. There is no ‘13th sign’ messing up the zodiac.

The facts astronomers and astrologers alike agree on, is that as the Earth orbits the Sun it passes through more than just 12 constellations. It passes through more than 20 in fact! But the International Astronomical Union – yes, a scientific body, has recognized the 12 main ones which forms the basis of the constellations we use to cast horoscopes today. Just as we did back in ancient Babylon and Greece.

However, we all know the earth wobbles around as it orbits the Sun. This causes a shift in how the constellations appear. Because of the wobble the dates the earth enters each sign have shifted. This forms the basis of NASA’s argument that astrology should be consigned to a black hole.

Sorry, NASA. We knew that. Did you know in the middle ages we knew exactly when the Sun entered a sign and that it was very different to the dates it did today? This was back in the days of course when astronomy and astrology were one and the same thing.  We use an ephemeris which gives us the exact position of the planets relative to the constellations just like you do. We’re all working off the same data.

NASA’s main argument, and the one most gleefully re-heated and served by astro-debunkers is that the stars are too far away to exert any influence over us. I am going to quote from NASA’s Tumblr post on this:

‘Astronomy is the scientific study of everything in outer space. Astronomers and other scientists know that stars many light years away have no effect on the ordinary activities of humans on Earth.’

Well, we’ve just agreed that astrology came about from the study of outer space. Ancient astrologers did indeed include the fixed stars in their forecasts. And in a personal chart, many still do. Although if NASA are basing their argument just on Sun sign horoscopes in the media, they may not know this.

Again, we can show from the work of ancient astrologers that using the fixed stars does work. We don’t tend to use them in forecasts because with the expansion of our solar system thanks to telescopes, we now have more than enough planets to work with to make in-depth predictions.

And the fact we’re not using them sort of fires a photon torpedo through NASA’s main argument.

What is the force that ‘holds the stars apart’?

So, if we’re not using the stars, then what about the planets? Let’s talk about gravity. Yep. Did you know that without Jupiter and its gravitational effects on Earth’s orbit, life on this planet would not exist? The Moon’s gravity moves the oceans. All life on earth is mainly comprised of water. Sorry, you don’t have to be a rocket scientist to work this one out. Astrology is in fact the workings of gravity caused by planetary shifts.

And we’re only just discovering the effects of gravity on superstrings. And that’s physics, NASA.

NASA began operations on October 1, 1958. Which makes the organisation Libran. Yes, countries and organisations have charts too! Its Moon is in grounding and earthly Taurus. Its Mercury close to its ascendant at 3 degrees of Libra.

Venus is in fact checking mode at 26 degrees of Virgo and Pluto also occupies this sign. Virgo is concerned with details and fact checking. Mars gives it a ‘go boldly’ boost at 1 degree of inquisitive Gemini. Jupiter and Neptune – both which rule travel, exploration and the ability to grasp theoretical concepts, are conjunct in Scorpio. Sign of venturing into the unknown.

Natal Saturn sits at 20 degrees of Sagittarius – the sign of the explorer and long-distance journeys. This gives NASA both its grounding and its vision. It’s in for the long haul. Natal Uranus is in show stopping Leo. The organisation is ‘front of house’ when it comes to invention. And putting a man on the Moon.

What do the stars have in store for NASA?

Currently the planet Uranus is slap-bang on NASA’s natal Moon. The planet of innovation, invention, upheavals and revolutions could be hitting NASA’s funding or structure, but also lead to big breakthroughs and discoveries. What NASA was involved in 19 years ago is going to come full circle as the North Node swings back through Gemini and the South will hit NASA’s Saturn in Sagittarius.

In roughly two years’ time the North Node will reach NASA’s natal Mars. Watch for big, bold leaps forward at this point. This could kick-start a new cycle of exploration and discovery. In fact, Mars could be the destination for this.

There we go NASA. A free prediction for you. Only time will tell how correct it is. But seems just like in the old days, when we examine the data, astronomers and astrologers aren’t light years apart after all.